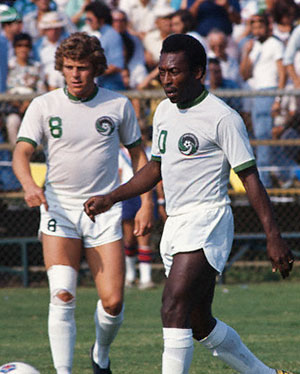 Do you have any interesting, happy, or humorous memories of Terry?
If so, please let us know and we will be happy to share them with the world!

Garbett, Terry Actually played against him in an over 30 league in N.Y. Went uo to defend him, somewhat aggressively when he stopped and said.."hey...we can play that way if you want." He was a heavy smoker and did so when off the field. 14-05-22 giom

Garbett, Terry I used to arrive the ground early and had just arrived when I noticed Terry coming in. So I got all my pictures and pen out and strode up to him for him to sign. There must of been 10 or so pics which he gladly signed for me. They were all b/w from the Watford Observer, as he handed me my pen he said "have you got an colour pics?". Never forgot it. 19-01-22 Astroman