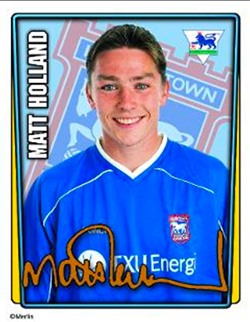 Matt Holland was widely regarded as one of the top professionals of the 2000s. A midfielder with an impeccable fitness and disciplinary record, Holland was a player that led by example on the football pitch. Aside from playing for West Ham United, AFC Bournemouth, Ipswich Town and Charlton Athletic, Holland made 49 appearances for the Republic of Ireland, scoring five goals in an international career which saw him play and score for Ireland in the 2002 FIFA World Cup.

Matt Holland was rejected by the Arsenal youth setup in his early teens having been considered 'too small' for midfield. He promptly went east across the capital to West Ham United, where he would rise through the ranks of the Hammers' academy.

Holland's inability to fight his way into Harry Redknapp's West Ham team - due largely to the emergence of Frank Lampard - saw him take the bold move to drop down the divisions to move to Dorset club AFC Bournemouth in January 1995. Back then, Bournemouth were a shadow of the well-oiled outfit that they are today, with the leading domestic tipsters on the EFL Championship advocating the Cherries for an immediate return to the English Premier League (EPL). In fact, the club was cash-strapped and in danger of going into oblivion from League Two - which was then known as Division Three. Holland became captain of the club and scooped the Player of the Year honours for the 1995/96 campaign.

At the end of the 1996/97 season, Holland was eventually sold to Ipswich Town for a fee of GBP800,000. This money would act as a lifeline to the Cherries, who had given him a stepping stone back into the upper echelons of English football with the Tractor Boys. He was named captain of the Suffolk side in only his second year with the club. After two failed Division One playoff attempts, Holland and Ipswich finally secured promotion to the top-flight in 2000, defeating Barnsley 4-2 at the old Wembley Stadium - the final competitive domestic game to be held there before its demolition.

Holland skippered Town to a stunning fifth-placed finish in their debut season back in the EPL, ensuring UEFA Cup football would come to Portman Road in 2001/02. Holland was an ever-present in George Burley's side that season, when the new-boys upset the applecart achieving some stunning victories like their 1-0 away win at Liverpool. However, despite their impressive exploits in Europe, including a first leg third round win over Inter Milan, Ipswich's form declined sharply and the Blues were relegated at Liverpool on the final day of the 2001/02 season.

Holland's loyalty to Ipswich Town was unquestionable. He turned down a GBP4m switch to Aston Villa to try and help the Blues back into the EPL at the first attempt. However, the club missed out on promotion in 2003 and Holland was promptly sold to Charlton Athletic for a paltry GBP750,000. During his six years at Ipswich, Holland played 223 successive games for the club, missing just one league game due to an international call-up. 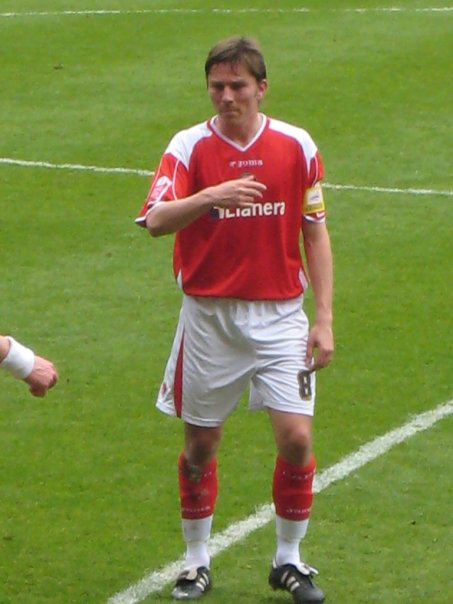 Holland would enjoy another six years in the game at The Valley, anchoring the base of Charlton's midfield, which continued to defy the odds under the management of Alan Curbishley. He would go on to captain the Addicks to a 7th place finish in 2003/04, which remains their highest ever EPL finish. However, Holland witnessed the club's freefall from grace too, as they suffered relegation to the Championship in 2006/07 and a shock relegation to League One in 2008/09, culminating in Holland's release from the club.

Despite training with Colchester United, based a short drive from his Essex home, Holland took the decision to hang up his boots in 2009, aged just 35. Since then, Holland has enjoyed a burgeoning career in football media, appearing on a string of radio shows including talkSPORT and BBC Radio 5 Live, whilst also co-commentating on games for BT Sport. His eloquent style and deep knowledge of the game makes him ideally suited to the role and he remains a staunch follower of Ipswich Town, with whom he enjoyed the best years of his playing career.

Do you have any interesting, happy, or humorous memories of Matt?
If so, please let us know and we will be happy to share them with the world!

Holland, Matt Matt Holland leaves a legacy of greatness. He inspired my two teenage boys in his selflessness and utter dedication to Ipswich Town. I will forever be grateful to him for inspiring my boys to greater things. 17-12-21 Francis