Where Are They Now? - Manchester United 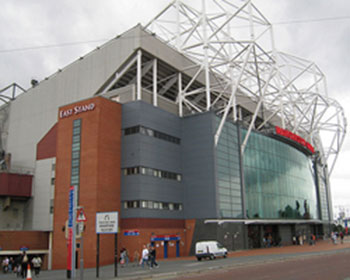 We hope that this collection of former players will bring back some happy memories of watching Manchester United over the years.

The list is by no means exhaustive but is being added to all the time so please do check back from time to time. The current list of players can be found a little further down this page and this section is broken down by the first letter of their surname.

We are keen to include as many Manchester United footballers as possible. If you know what has happened to any former players not listed here, please do let us know - thanks.

If you like this site then we would recommend that you have a look at Amazon's latest collection of Manchester United items for sale (often at a discounted price!). Although best known for selling books, they now have expanded their range to include all sorts of goodies - you never know what you might find!

Have you ever wondered what happened to all of those players that you have seen come and go over the years?

The old belief was that ex-footballers became publicans or publicans or TV pundits. However, we hope that you will be interested, and in some cases amused, to find out that this is no longer the case. The characters featured are now scattered around the globe and have provided plenty of colourful stories!

Relive memories of all of your favourite stars of yesteryear in this fascinating insight into life after Manchester United. 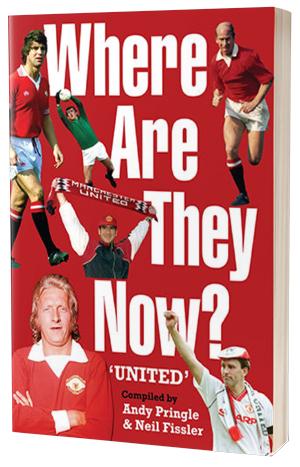 Whether you are a researcher, football fan or a former player yourself, we would love to hear from you.

If you know what happened to any former Manchester United player(s) and/or if you have any photos that we could use on the site, please either make contact by e-mail or complete and submit this form (as many times as you like!).

Please can You Help?

A task like this would not be possible without lots of help. Whether you are a researcher, football fan or a player yourself, we would love to hear from you.

If you know what happened to any former Manchester United player(s) and/or if you have any photos that we could use on the site, please either make contact by e-mail.

Manchester United players that we are keen to add

Leagues in Other Countries

You can download a digital version of the whole book immediately. It features more than 400 former players, lots of photos, and great stories. Payment is required but you do not need to have a PayPal account - simply checkout as a guest.

Please do get in touch if you would like to add your site here (completely free of charge!).